It’s amazing to think the Native Americans bred corn for a short, multi-stemmed grass which only produced a few kernels. Some believe maze, as it is called outside the USA, is a hybrid of several species. None the less, it is one of the most important food crops. Not only is it used to feed humans but it is an important food source for livestock. Products such as corn starch, plastics, fabrics , and adhesives are made from corn. I will mention high fructose corn syrup but will not argue its merits as sweetener and its possible effects on diabetes and other health concerns. Corn is becoming an important source of biomass, too. Ethanol made from corn is mixed with gasoline to reduce pollutants.

It’s corn season here in North Carolina! For only $5 you get this much Johnston County corn at the Farmer’s Market- 12 ears! 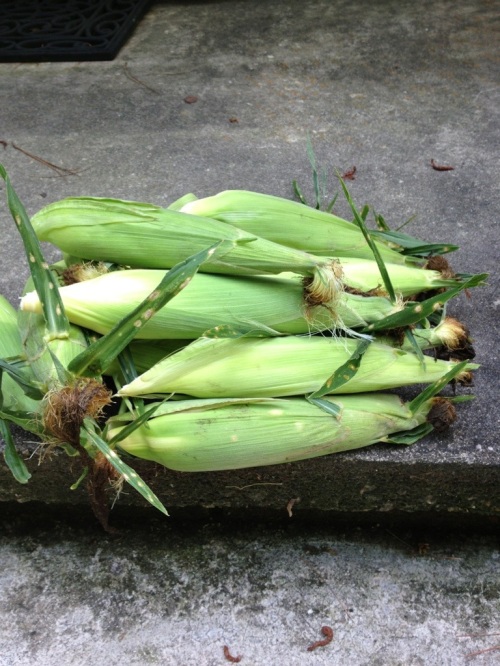 It’s so sweet when it is fresh! Grilling only makes it better!

Peel back the husk and remove the silk. Fold the husk back over the corn. Wash if needed. Gus has to sniff everything! 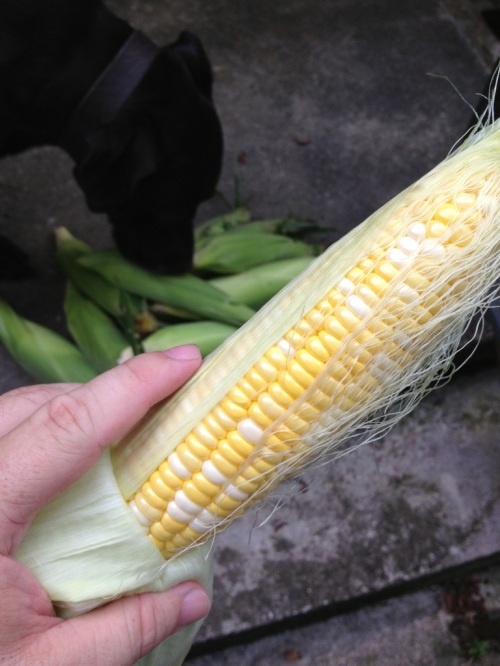 Soak the corn in a bowl of water for 20 minutes to prevent the husk from burning. Grill on a medium heat grill keeping the lid closed.

Snip the herbs into the softened butter.

Use a fork to blend the herbs and butter. Place it in the refrigerator to harden.

After about 15 minutes the corn will be done! Keep an eye on it to prevent a fire but try to keep the lid closed .

Let it rest for about 5 minutes then peel back the husk to serve.

A little fettuccini Alfredo on the side and you have dinner.