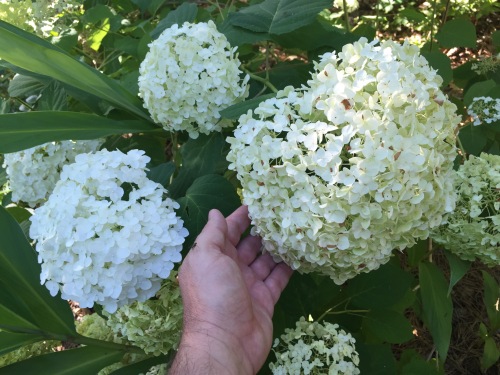 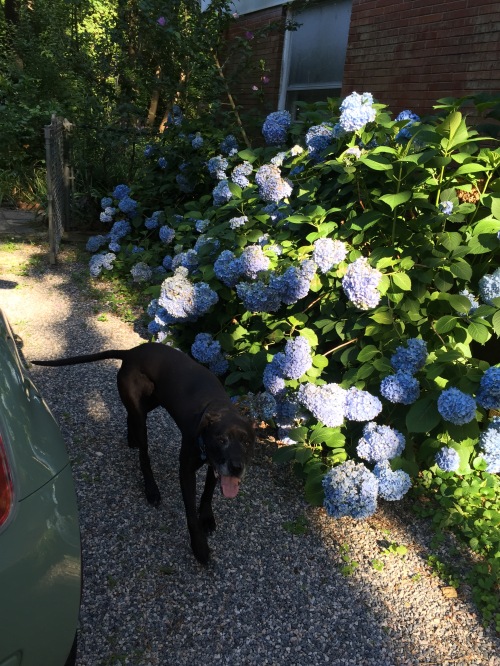 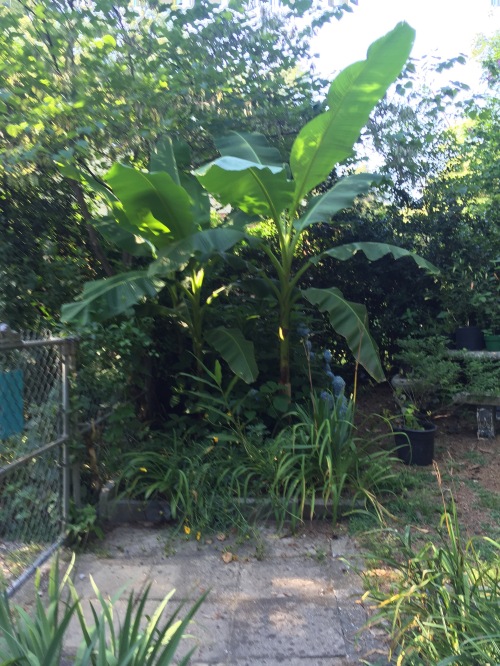 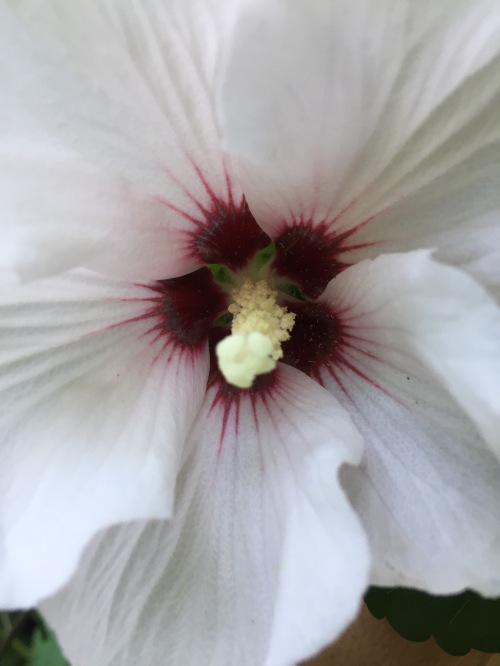 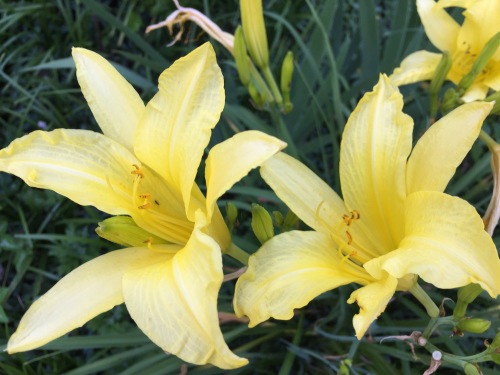 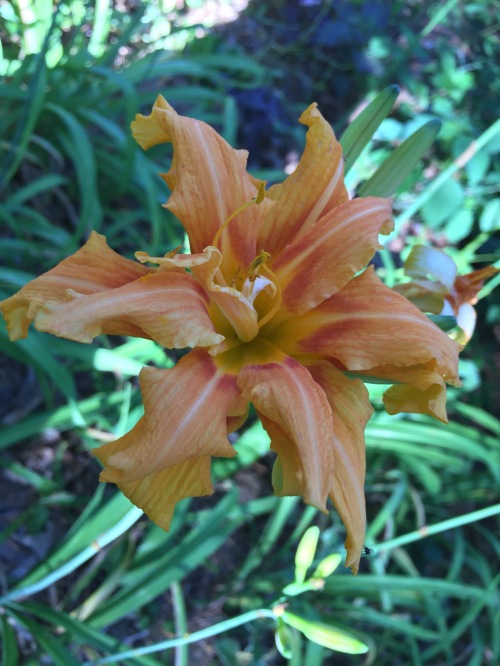 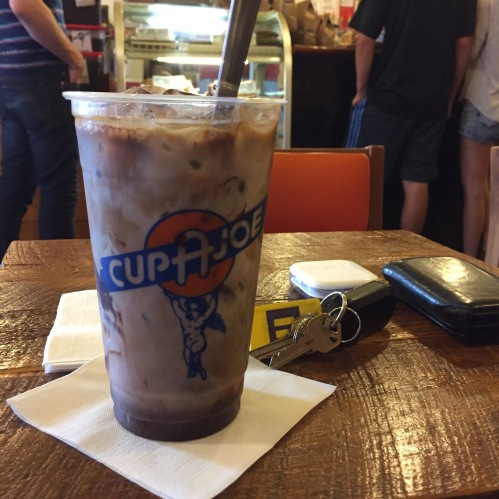 Are they not cute! Poppy the whippet and Andy! 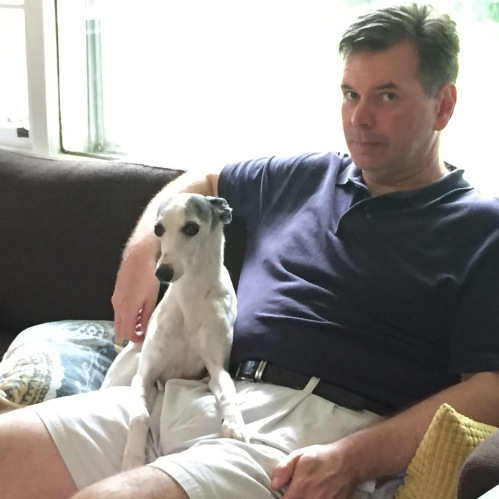 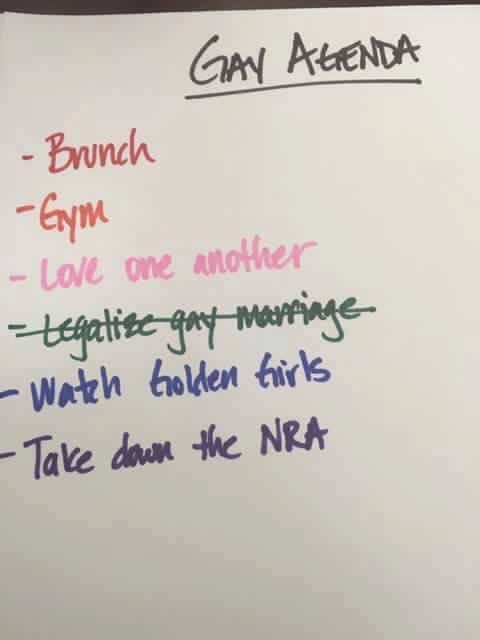 In the garden…. and events in the world.

The weather has been very hot the past few days. I think the temperatures hit about 95f (35c) the other day. So before it was too hot I walked around JC Raulston Arboretum at NCSU this morning on my way to work. I love this view of the Asian Valley. 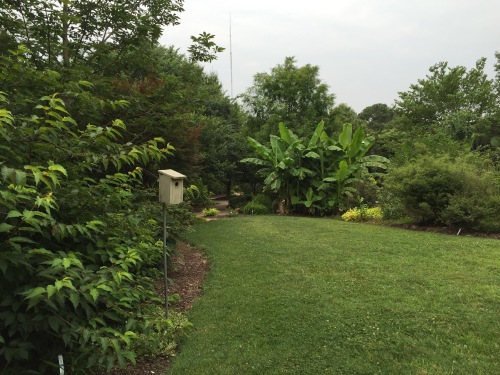 Yesterday, when I arrived home from work the Jewel weed in my garden were so wilted! I watered them heavily and checked on them after dark. They had mostly recovered! I hope they come through the heat unharmed! 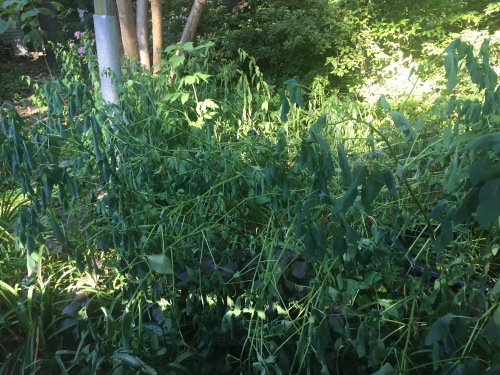 In my garden the Jacob Cline monarda is a vivid hot pink in the sun! 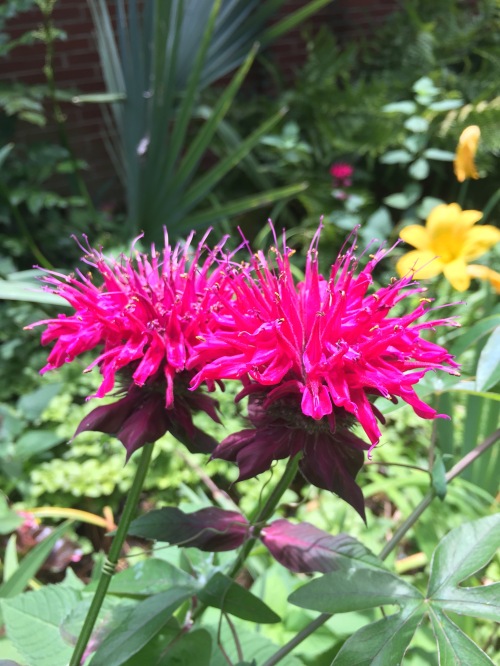 Walking around downtown Raleigh I always love stopping at The Mecca Restaurant! Old-fashioned food at a restaurant which has been around since 1932 or something like that! The fishwich! 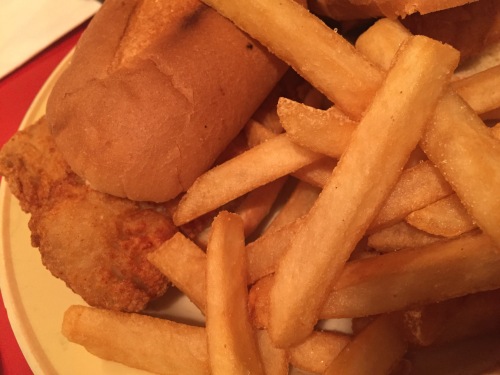 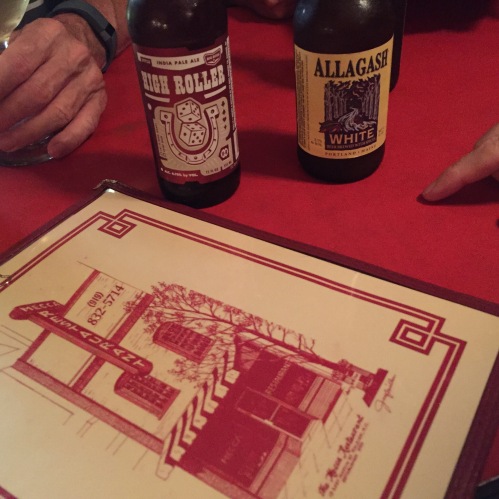 A gallery downtown near The Mecca has this simple display after the Orlando Pulse Nightclub massacre! A neon rainbow heart through a cutout and darkened window. 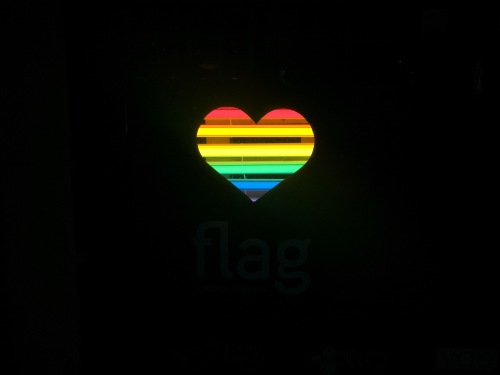 We later attended an interfaith memorial service for the victims in Orlando. Two rabbis and a preacher and an imam spoke. Then as they read all 49 names of those murdered a candle was lit for each victim. There were also musicians and everyone sang a few songs. The service can be viewed online:

Below is a picture of the a rabbi and an imam lighting candles for each victim as their name is read. (I appear in the video at the very end!) 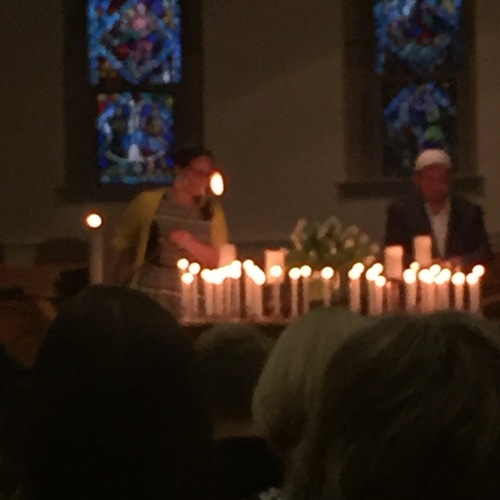 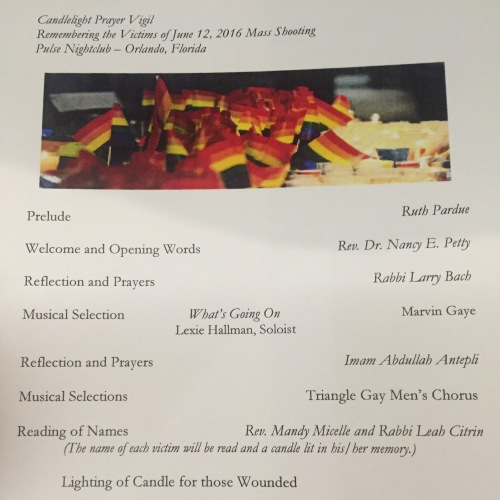 Earlier in the day I was wondering…..

Why do people claim fast food is cheaper than healthy food? If you shop at good places like Aldi and not at expensive and trendy places (I will not name those places with the exception that we call one “Whole Paycheck). Just 69 cents for 12 eggs!!! 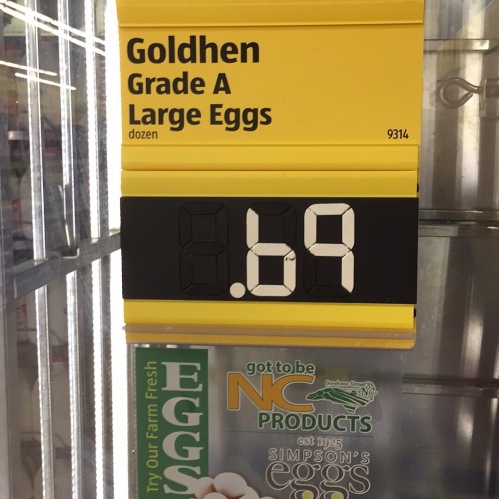 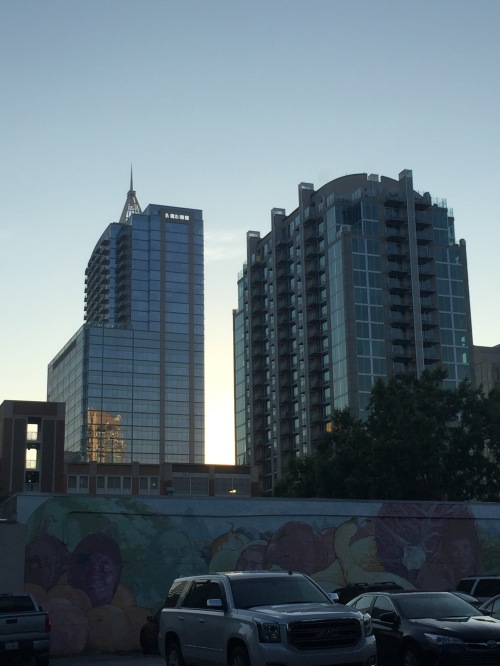 It is tomato season …… 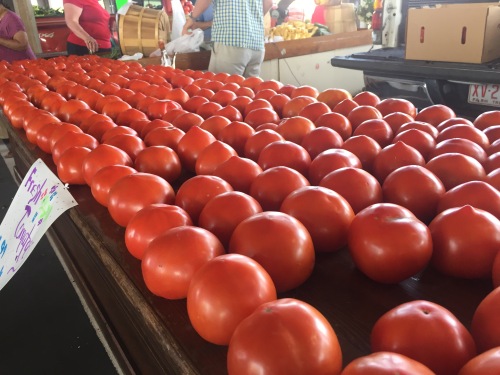 It is always iced mocha latte season at Cup A Joe! 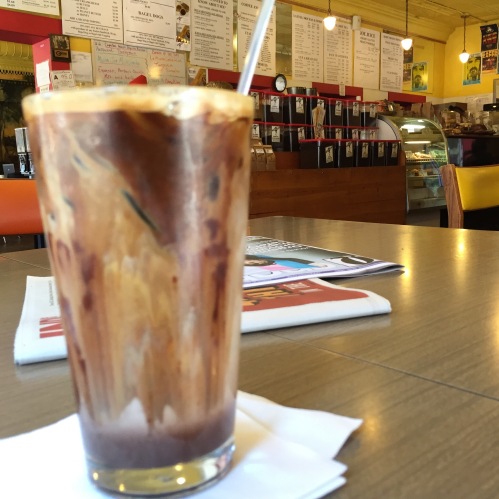 We were able to sneak peak of a few minutes as Ellie Goulding preformed at The Red Hat Amphitheater in downtown.

I am always busy and on the move…..join me!

We should always remember history as to not repeat it!