Saffron and other Fall blooming crocus.

I totally forgot that before Christmas I had purchased a few packs of Fall blooming crocus and Saffron crocus, which also blooms in the Fall. 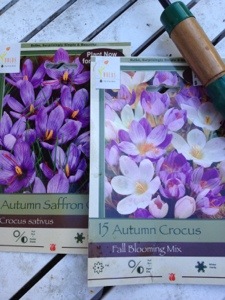 They have begun to grow scales, leaves, and two had open flowers but they should settle in and compete a Fall blooming cycle. 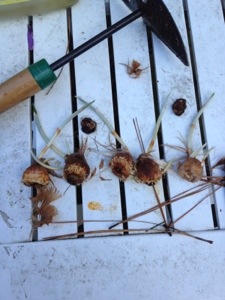 Of course, I could never harvest enough saffron from a dozen bulbs to make the effort worth while. That is why saffron is such an expensive spice. The stamen with the pollen are picked and dried. They are called threads once dried. 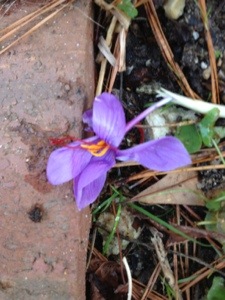 I planted them in about five patches so they could create colonies in several locations around the garden. They should make nice colonies and provide some Fall color. That is if the voles do not eat them!

The red shades of hellebore are blooming.

I have purchased hellebore throughout the years and the red shades are a favorite.

They seem to be in the same range of a reddish hue but a few of them also have dark foliage, too. 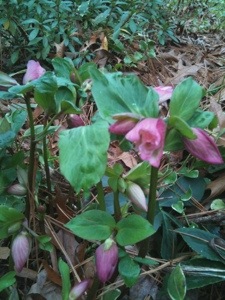 I would like to add more of the named varieties such as the Pine Knot hybrids, especially, the spotted shades.

I do have two white Pine Knott hybrids with burgundy foliage. The are very heavy bloomers.

Hellebore also have a habit of seeding prolifically. When left to their own they form colonies. I am betting on this habit to create colonies around my garden, too!

I also have this one named Dark Lady

And this one, also.

Hopefully, these all will create a nice colour pallet around the yard in winter.

Sometimes you wake up with a craving for a certain food. I grew up on the coast of North Carolina and we ate seafood at almost every meal. Or, at least, it seemed that way. I remember going shrimping with my grandfather in Beaufort, North Carolina. I was amazed with all the fish and other creatures that came out at night in the sounds and marshes. Shrimping is done at night because the shrimp migrate to the shallower water and marshes to breed at night and to feed.

The nets would be dragged behind the boat for a few hours and then the contents dumped in a trough on the back of the boat. The creatures you did not want are picked out and return to the water. Strange fish, sea turtles, and out of season seafood would all be returned to the water after I thoroughly investigated them. I loved to watch them swim away into the dark water.

When I checked my email Saturday morning there was the weekly email from Locals Seafood (http://localsseafood.com/) so I knew I had to stop by when we were at the Raleigh Farmers Market so I could get some  North Carolina shrimp for dinner.

Prep work: peel the shrimp and cut a few pieces of fresh ginger.

1. Cook two cups of rice according to directions. I added a vegetable bouillon cube for extra flavor.

2. In a Dutch Oven on medium high heat add enough oil to coat the bottom of the pan. Once the oil is hot and shimmers then add the shrimp. 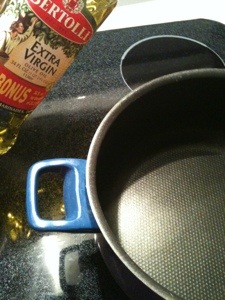 3. When the shrimp begins to change color add a teaspoon of cumin, turmeric, chipotle, and a few pieces of fresh ginger. Stir the spices around the pot to coat the shrimp. It takes about three minutes on each side of the shrimp. They cook fast! 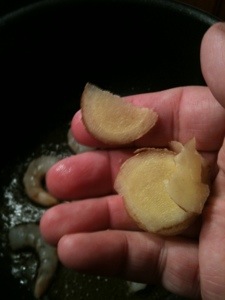 5. Once the egg has cooked add the rice and stir vigorously to mix well. Turn off the stove. 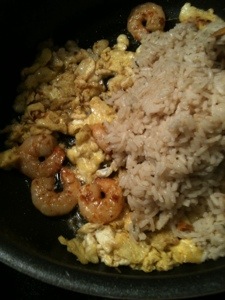 6. Add a quarter cup of white wine vinegar for a bit of a tangy flavor.

7. Stir until most of the liquid has been absorbed. 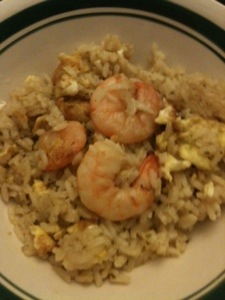 It makes about three or four servings and reheats well.