Time for some hardcore maintance.

It’s mid August here in the Mid-Atlantic States. It’s hot and humid. The garden has grown wildly with the abundant moisture we have received this summer.

By this time of the year the perennials are thick and heavy to the point that one cannot tell what creature is living in there. So I take the mower to the beds around the patio in an effort to clean up the area and get it all under control. Usually bunnies go running in all directions. 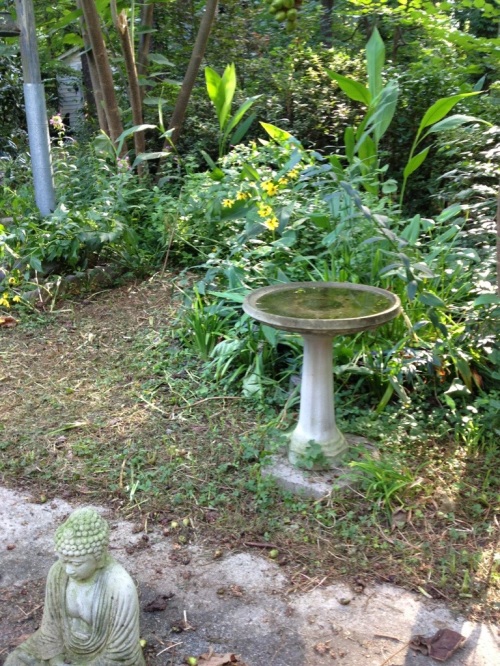 The spiderworts and four-o-clocks will often begin another blooming cycle during the cooler Fall weather.

The old-fashioned hydrangeas are usually pruned to remove the branches that have bloomed this season and to allow the plenty of room for this seasons growth,which will bloom next year. They bloom on two year old wood so I like to keep them cleaned and neat like this. I cut the pruned limbs into 6 to 8 inch cuttings and place about 5 or 6 cuttings per pot in my nursery and by next Summer they are growing into nice size plants.

When the liriope begin to bloom in August it’s a sure sign summer is coming to an end.

There are large beds of this member of the lily family along the drive way and around the patio. Black berries form after the blooms and volunteer seedling come up around the garden. They slowly sucker to create a nice ground cover or under planting for shrubs.

The Rose-of-Sharons (Althea) are blooming now, too. They are a wonderful late Summer and Fall bloomer and the single flowered cultivars reseed heavily so there are always volunteers. 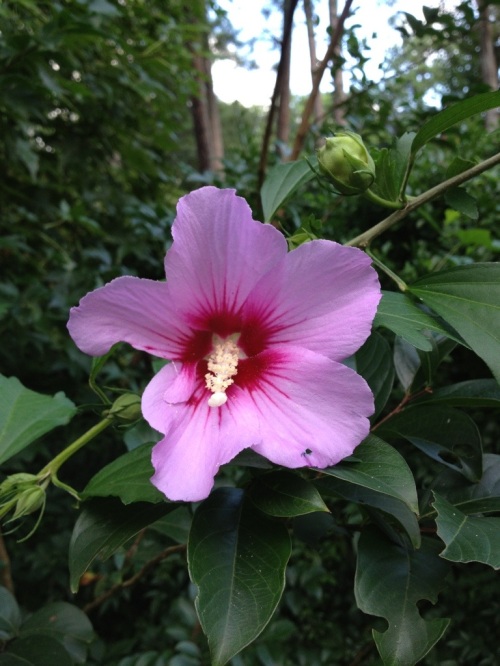 The acuba’s leaves are very attractive this time of year. There were two at the corners of the patio when I purchased the house but I have moved the original plants and rooted dozens of cuttings so there are colonies of them in several areas of the yard. The gold spotted cultivars do not bloom or produce berries like the green leaved cultivars but the leaves make up for it. 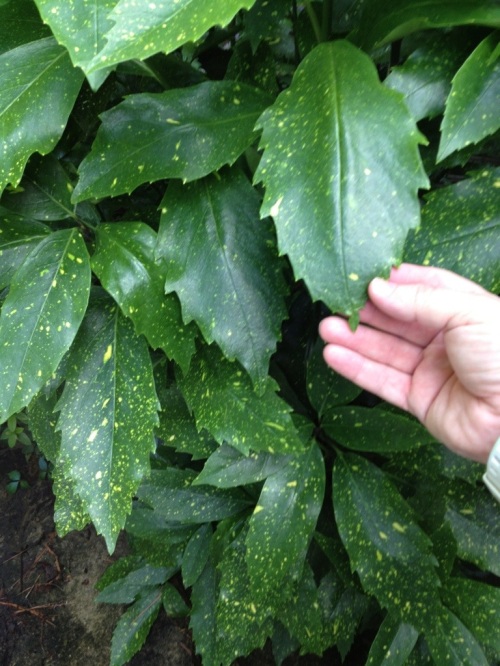 The Fall blooming Autumn clematis are budding and beginning to open. It’s a wonderful Fall-blooming evergreen clematis. The blooms are small but fragrant and they bloom heavily. The vines are so vigorous that I cut them back to just a few feet or so in early Spring. They grow back into large tangled masses by the Fall blooming season. They produce fluffy masses of seeds after blooming and reseed all over the yard. I have them on the mailbox and on the lamp posts. 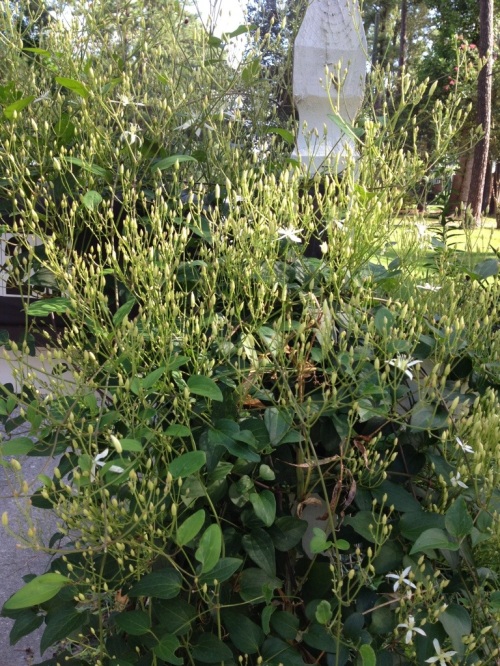 Once the weather cools and mosquitos and ticks calm their activities it will be time for the yearly chores of removing the thousands of English ivy seedlings and any other volunteers the birds have sown under the azaleas and around the fence and bird bath where they perch. It’s a never ending battle! Hmm, it also explains why my arms and back of my neck are so tanned!

13 responses to “Time for some hardcore maintance.”