I am ready to plant the Spring garden! I have bags of garden soil to jumpstart the plants and freshen up last year’s soil.

We have a threat of below freezing temperatures over the next few nights and I am waiting until the weekend to actually plant cabbage, collards, and the seeds of lettuce and arugula.

Daffodils are blooming, though. They can survive the light frost. 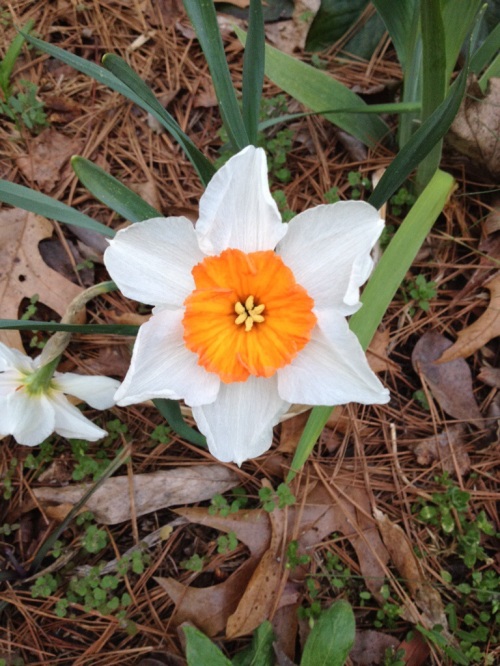 My young buckeye trees are budding! They should survive the light frost unharmed, too.

The garden centers are ready and I am excited with the beautiful plants such as this tropical geranium or Pelargonium. I might have to plant a few of these! 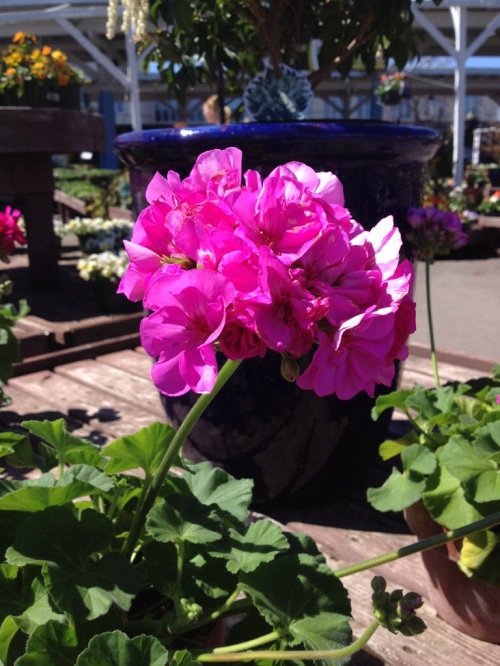 And large clumps of fragrant hyacinths are beautiful!

Every morning someone wakes me up at dawn. It begins with quiet whimpering and wining. Then a paw or two under the door.

If he has to really, really go out immediately he will bark a few times!

Look at all that gray hair! He is now middle-aged. My sweet old man!

Everyone knows I like a bargain. When the garden centers begin to make the seasonal markdowns I will visit often and head straight for the discount shelves.

I especially love the bulk wildflower seeds. I am usually pleasantly surprised years down the road as some of the perennial plants mature and begin to bloom.

Along the street I have had oxeye daisies and a few wild day lilies. Last year I sprinkled a pack of rudbeckia and as they have bloomed I have been pleasantly surprised. A few even bloomed during our mild winter.

I seeded a large path from the front walk through through to the lawn. They should be amazing as this patch is about 5 feet wide and 20 feet long. 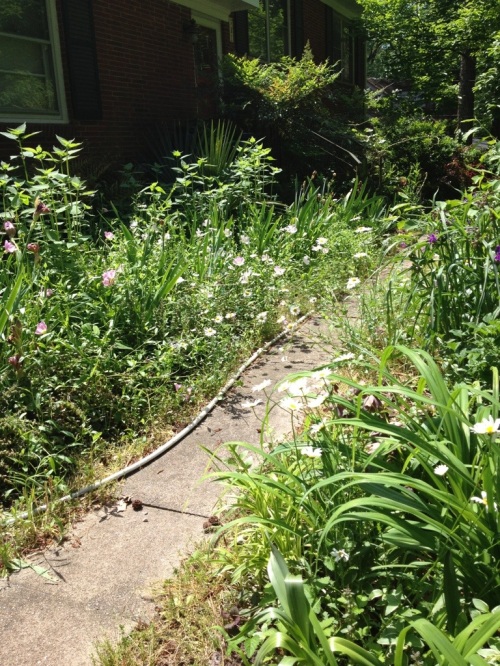 I also seeded lance leaved coreopsis , too. They are just coming into their prime blooming season! 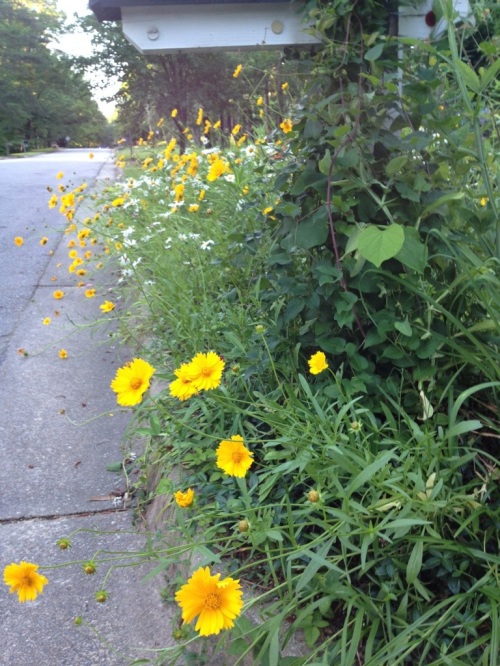 The oxeye daises are finishing up their season so once the seed heads dry I will hit them with a rake to shake out the seeds and cut back the dead bloom stalks. 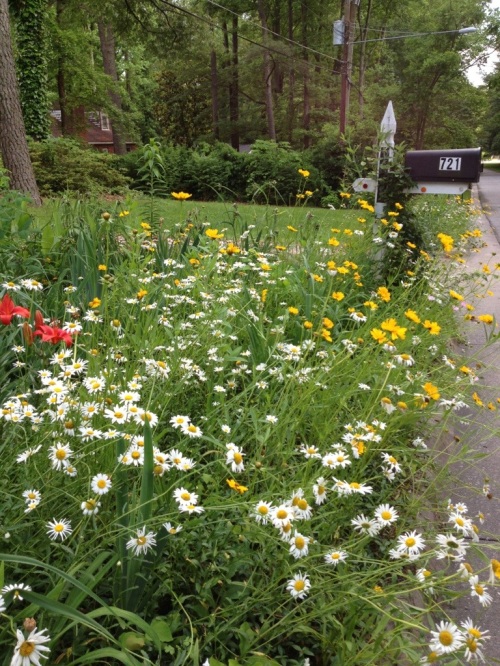 And the cycle of the seasons continue…

And the vegetable garden….

I am running a little late with this as seeds for the Summer garden could have been started indoors weeks ago but I thought I should still share the information.

Some vegetables are best directly sown where they are to grow. Root crops like carrots and radishes, as well as, small, leafy greens such as arugula, lettuce, and spinach. You can sow them in a row or broadcast them to form a patch.

Large plants like tomatoes, peppers, and squash can be started early indoors to shorten the time toward when they would begin blooming. One of the problems we have with heat here is that once the summer night temperatures are consistently about 74f tomatoes, peppers, and a few other plants will stop fruiting during the hottest part of Summer so starting plants early inside is a way to prolong your harvest. Most vegetables will have the estimated time from germination to first harvest printed on the pack..

The seed catalogs began to arrive by the dozens as early as December and I saw a few new varieties I wanted to try. Since I most likely will not find these in my local garden center I will have to start the plants myself.

I purchased peat trays to start the seeds.They will be transplanted to the garden once they are large enough and all threat of frost is over.

I also purchased a few new herbs for the herb garden at the NC Farmers Market.

Last Fall, I direct seeded arugula and the warm weather we are experiencing now has encouraged it to bolt. No, not run out the garden! Bolting is the agricultural term for when cool season greens bloom, go to seed, than die. I don’t waste them as I just spread some fresh soil over them and dig them under as green manure! 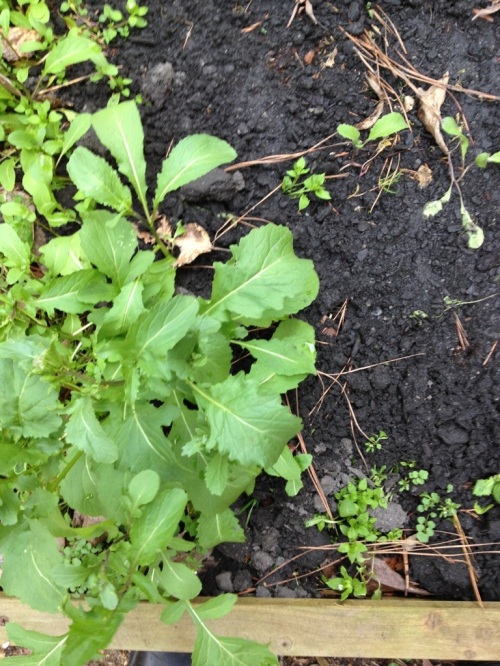 It’s that time of the year when the squirrels are aggressively seeking shelter to build nest and raise young! So much so that they have chewed the blue bird nesting boxes open and have removed the metal guards that were suppose to have prevented this! 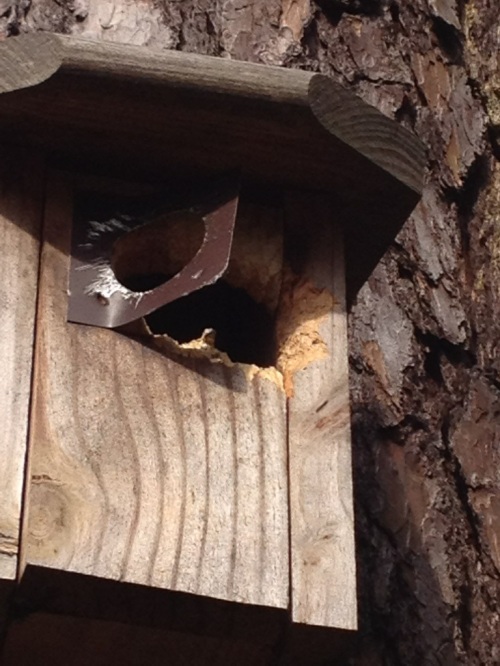 They were a good buy so I will just replace them. The State Employees Credit Union sells them to raise money for a blue bird organization so they should be selling them soon again this year!