A trip to Ocracoke Island

A day trip to Ocracoke Island is always a nice way to spend a day. I always enjoy the two and a half ferry ride from the mainland of North Carolina to this populated island of the Outerbanks of North Carolina.

My maternal grandmother’s family are from the island. They are O’Neals. Other Irish names such as Gaskill, Fulcher, and Willard are common. They also speak with an Irish accent called a brogue!

The day begins at the Cedar Island Ferry terminal waiting for the ferry to arrive at 10 am. 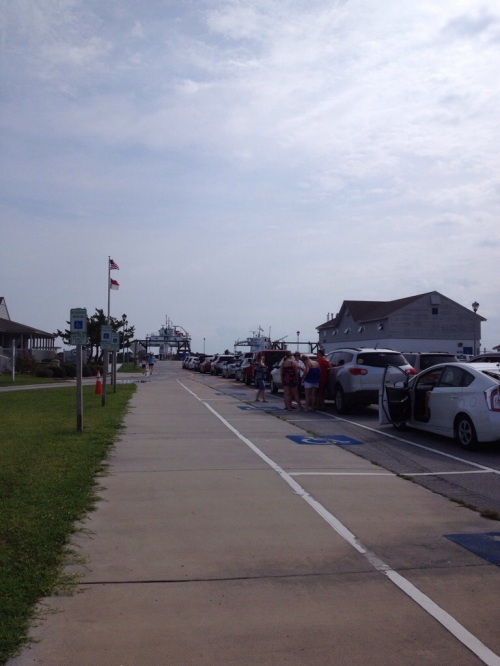 Once the cars are loaded we head out into the Pamlico Sound for the 2.5 hour trip to Ocracoke Island which is one of the chain of islands which forms the Outerbanks of North Carolina. 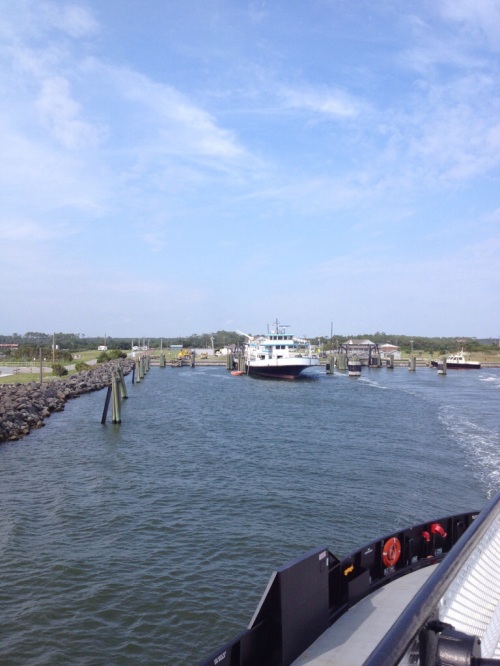 Within an hour you are out in the middle of the sound where you see no land. These bays were called “sounds” by the Irish settlers because the waters were sound or quiet as compared to the rough waters of the Atlantic Ocean. 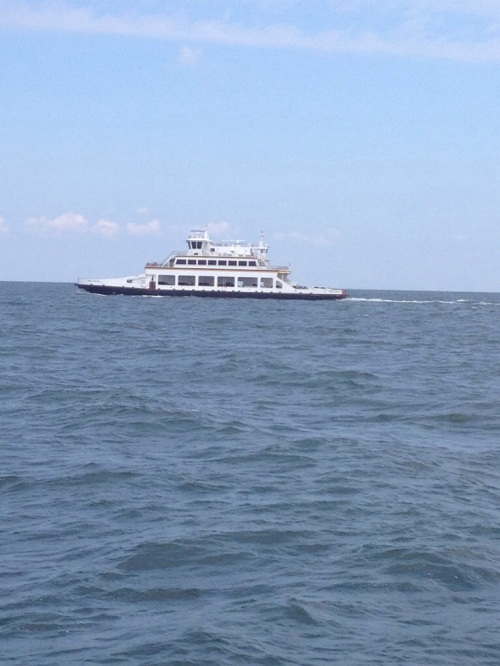 The island of Ocracoke comes into view after a few hours. 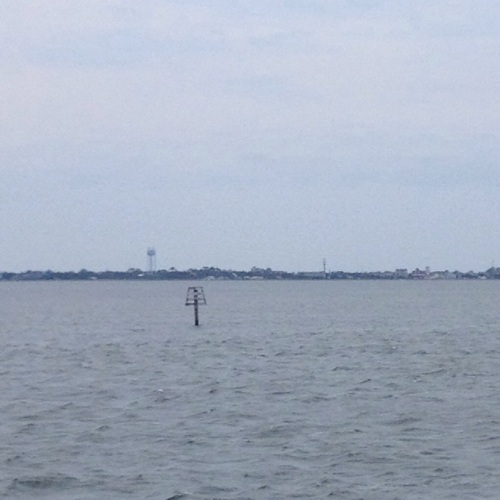 As you come into the harbor, which is called Silver Lake, the distinctive lighthouse is framed on the East side of the island. 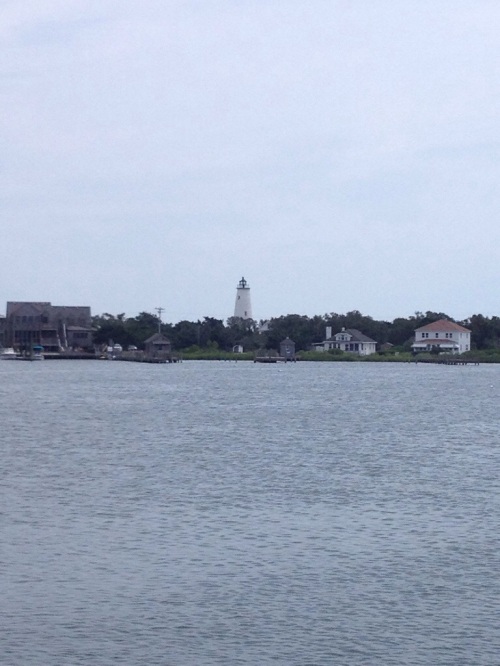 There are many historic houses built by the Irish fishermen who settled these islands. 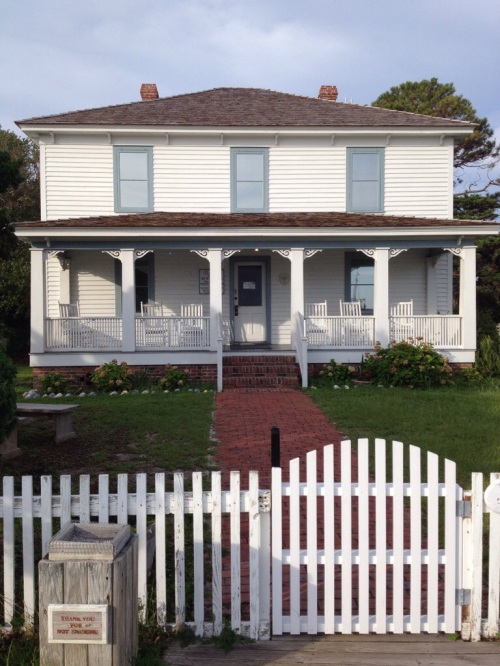 A close up of the lighthouse. 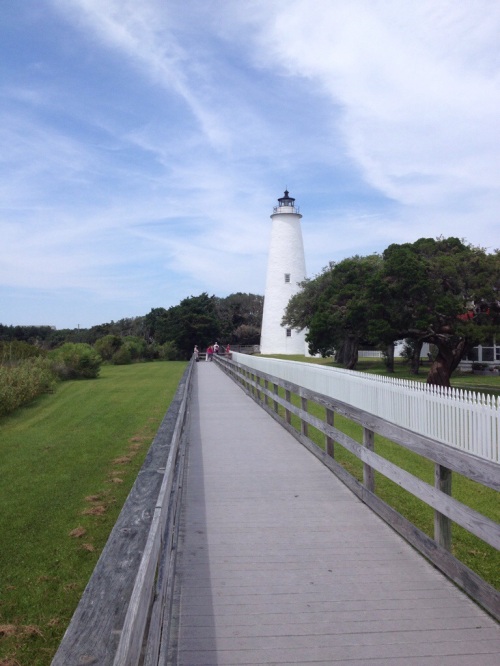 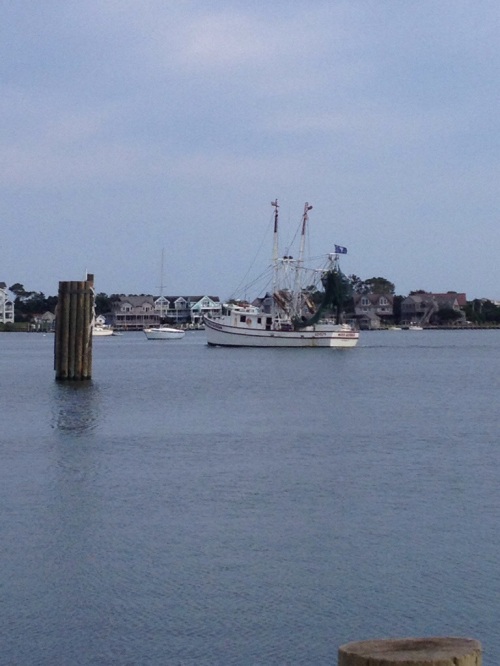 The Village of Ocracoke only covers the area around the harbor. The remainder of the island is part of the National Seashore. 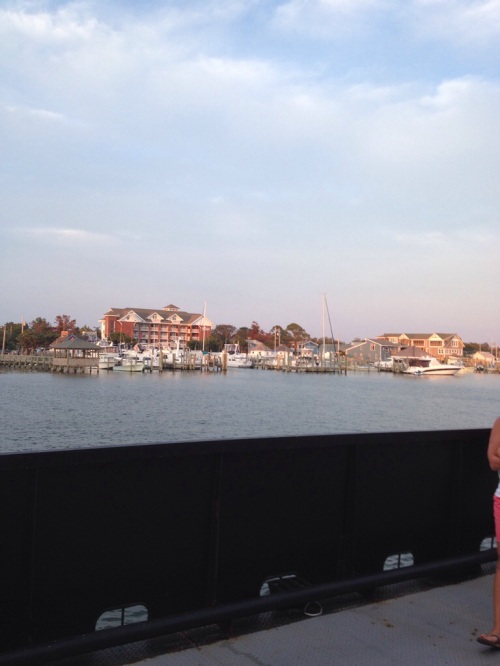 Tourism is almost more important than fishing now and many gift shops, bed and breakfast inns, and hotels fill the village; chickens, too! 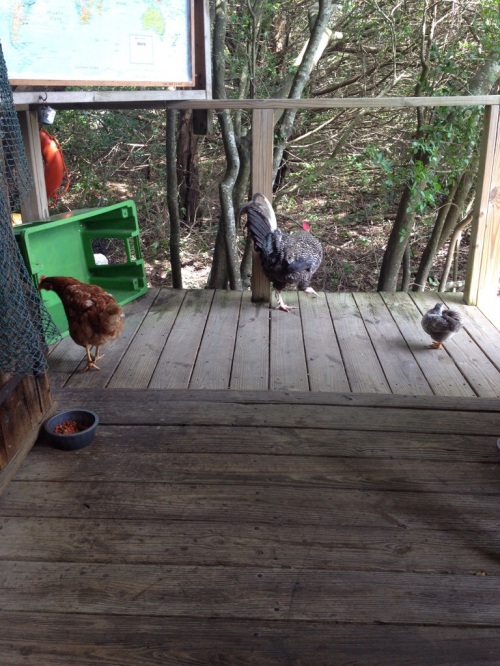 The style of seafood served from North Carolina and South through Georgia is called Calabash. It’s major difference is that milk is not used in the broth.

I love the clam chowder.

We left on the last ferry of the evening at 8pm. 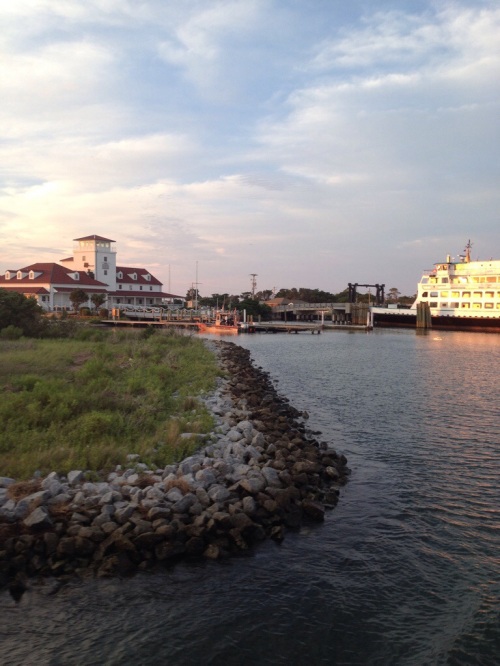 The sun was setting and we arrived back on the mainland of Cedar Island about dark. 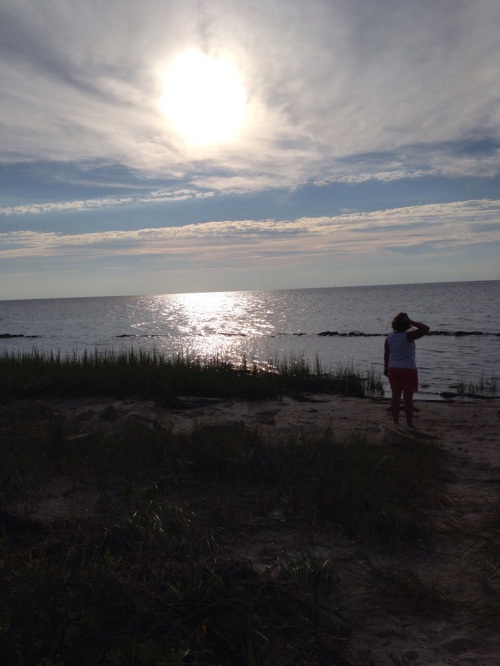 It all makes for a long day!

Find out more about Ocracoke here:

25 responses to “A trip to Ocracoke Island”