I love tiger lilies but why did somebody attack my fruiting Basjoo banana ?

Tiger Lilies are my favorite lily! I love how they quickly forms colonies thanks to their habits of forming bulblets along the stems which drop around the mother plants and grow into new bulbs.

The bulblets grow through out the Summer and drop off when they begin to grow a root.

The Basjoo Banana was blooming beautifully until….. 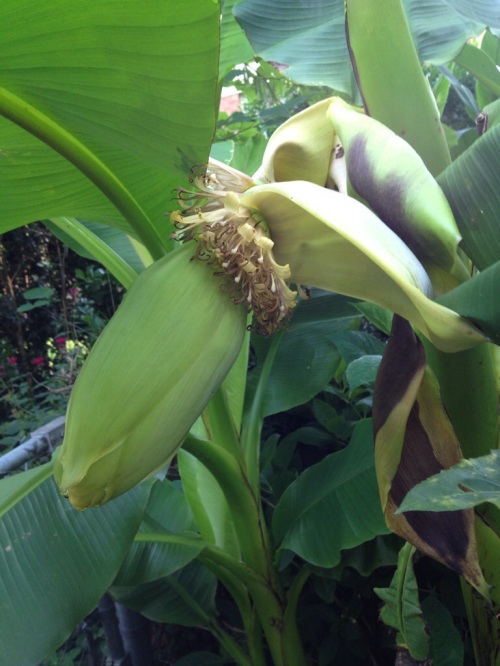 Until one morning I noticed it was leaning. When I attempted to straighten it this is what I found!

Something had chewed the stem off at ground level! Oh well. At least I had a few months of enjoying the bloom! 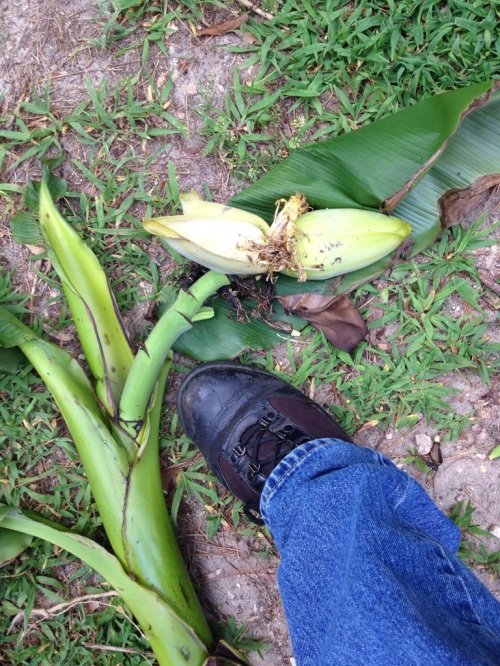 Over the holiday weekend we took a day trip to Durham, North Carolina and to one of my favorite gardens.

The gardens have a large lake and a several small lakes with plenty of water lilies. A few swans, geese, and ducks inhabit the larger pond. The Black-Neck Swan from South America are beautiful. The one below was photographed near the Japanese style bridge.

The lily pond near the Doris Duke Center. 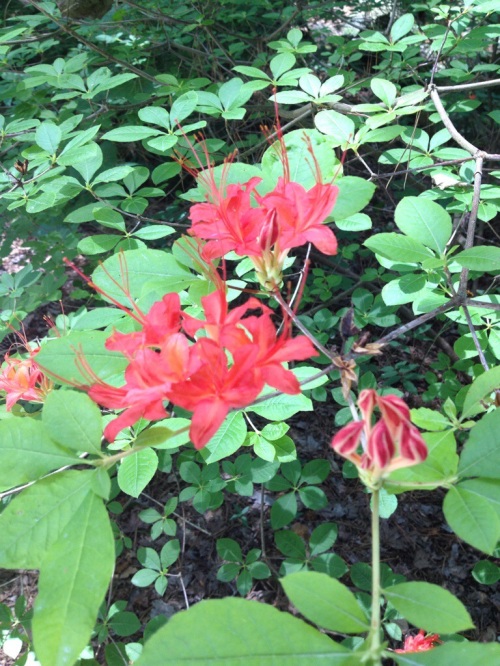 The terraced gardens leading down to a koi and lily pond.

The Blomquist Garden of native plants.

I love this stone bench built into the hill.

We also attended a Durham Bulls minor league baseball game while we were in Durham.

This is the mascot: Woll E Bull 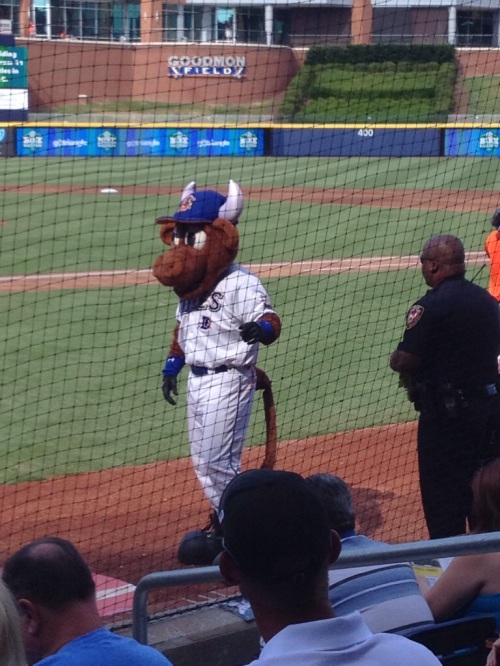 A little break where Woll E Bull drove a go-cart around shooting t-shirts out of a cannon!

Our seats were perfect! On the left field side of home plate until the cover!

When a home run was hit the bull sign would blow smoke out of his nostrils, his eyes would light up red, and his tail would wag! 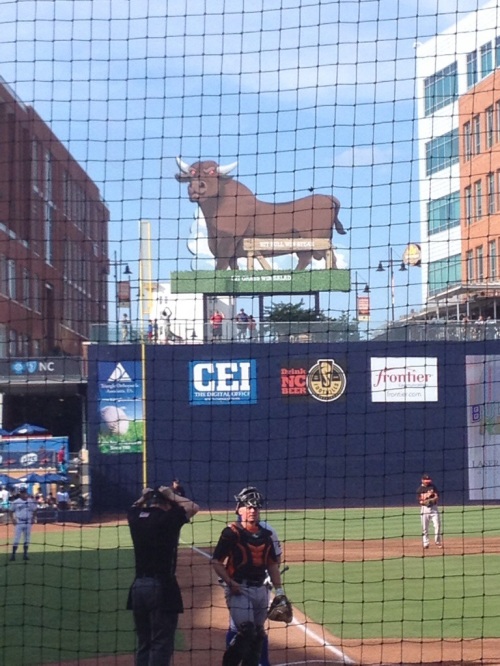 The team roster had players recruited from all over the world! 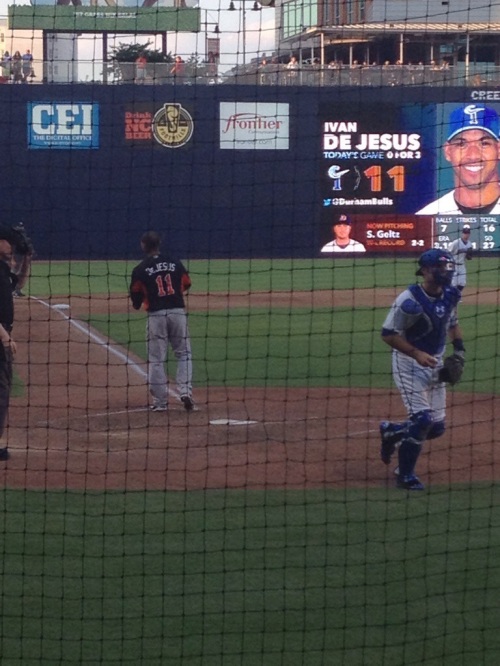 It was a busy day!

5 responses to “I love tiger lilies but why did somebody attack my fruiting Basjoo banana ?”