This is the time of season where you have to hit the clearance areas at the nurseries for plants! The majority of my plants has come from this yearly discount season!

It had obviously been cut back hard at some point as it was only three feet tall but had come back nicely! 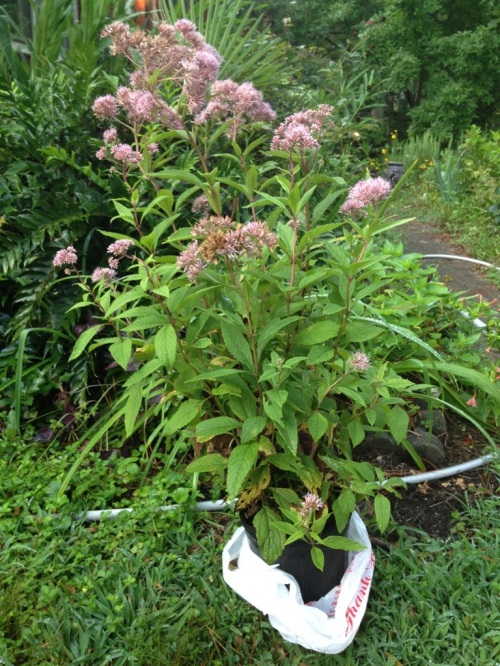 I didn’t realize they were fragrant until it had been in the car. It has a slightly sweet and light fragrance. This variety is Gateway. It is a clumping perennial which reaches 4 to 5 feet tall. It’s a great late summer and fall bloomer and forms a strong clump.

Blue Mist flower will be blooming soon, too. It was recently renamed a eupatorium. It was formerly known a Conoclinium coelestinum. It’s also known as perennial ageratum.

It is a much smaller plant. It reaches about two feet tall with blue flowers in the fall. It can spread aggressively in moist soil but it requires basically no care! Its a common past-a-long plant in the South.

I remember my grandmother collected seeds from relatives on Ocracoke Island in the 70s and I have taken them everywhere!

The problem is….. I need more land to garden! Does anyone have the winning numbers for the lottery?