Yesterday, 23 January2016, we had snow alternating with sleet. It continued all day, although I did make it to work I was one of the few who came in.

The electricity went off at the house about 7 pm so we watched a few videos on YouTube and read by candle light. 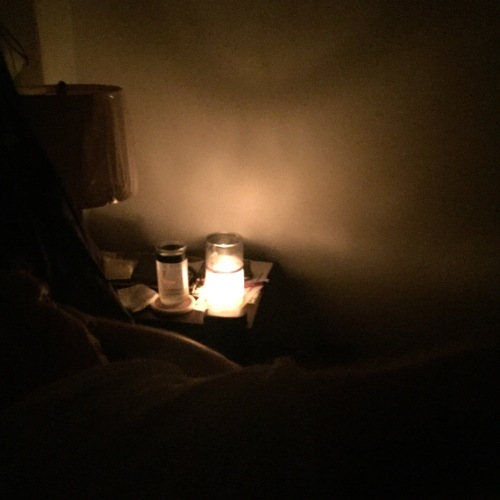 Throughout the night I heard what I thought were limbs breaking than falling to the ground. Unfortunately, in the morning I discovered what I was actually hearing was the tallest of my Timber Bamboo (Phyllostachys Vivax) breaking! The tallest were about 50 feet. The weight of the ice on the leaves was too much for the wood. 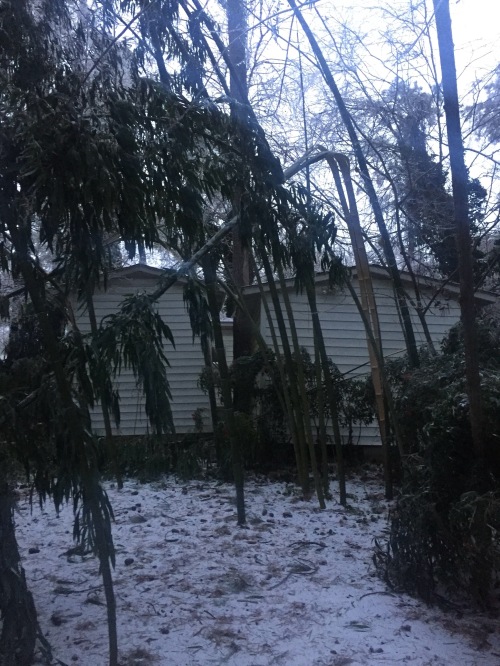 The younger and thinner culms were bent to the ground but not broken. 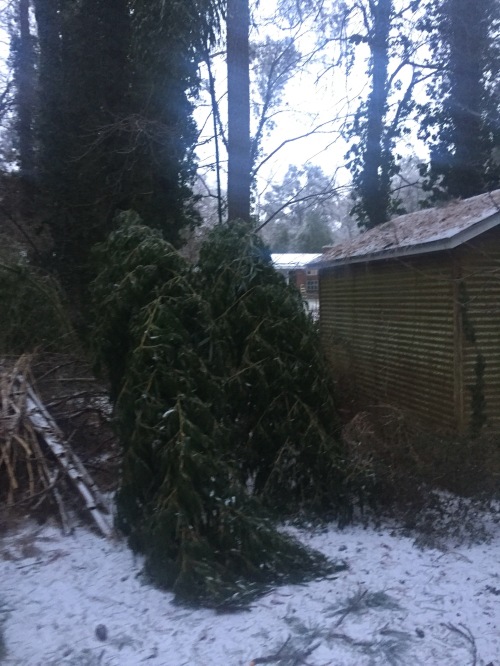 The smaller stems may straighten some but I will probably remove them during the winter and new growth will quickly replace them in the spring. The greenhouse in the pictures is about 10 feet tall to give you an idea of how tall the bamboo is.

So when there is no power at the house there is only one place to go and which usually has power: Cup A Joe!

We were lucky last night, Andy had made a very good French onion soup and we had finished eating before the electricity went off! 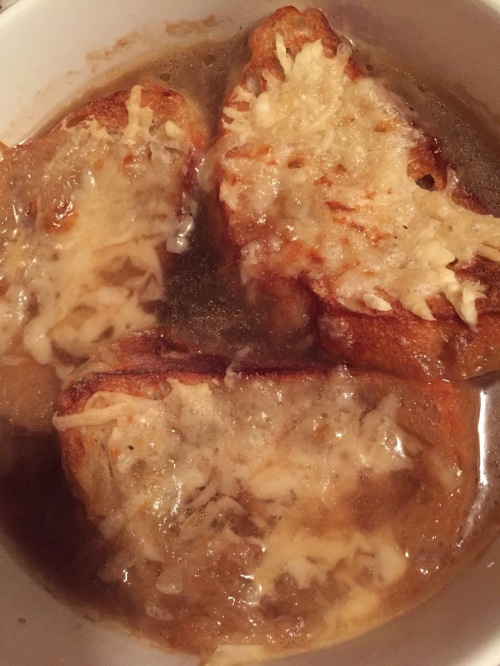 At least my belly was warm and full in the dark under three blankets!

15 responses to “Ice and Snow Storm ”

Leave a Reply to Arthur in the Garden! Cancel reply